Bisexuality is not a phase 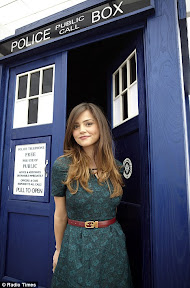 Whilst I appreciate your continued dedication to keeping one of my favourite television shows in its rightful place on BBC1 in the prime time Saturday night slot, there is something we really need to have words about. Two words, actually: a phase. To have a female character refer to an ex-girlfriend as “just a phase” might have seemed like a throwaway line to you, but it will have struck a nerve with most of your bisexual viewers. To have your sexuality dismissed as “just a phase” by friends and family is something you’ve probably never experienced, but bisexuals are treated that way far more often than you’d think. To have a character on a successful television show use that phrase about her own sexual history will mean that a whole bunch of people will feel their narrow view point has been validated.

Do us all a favour and take a tip from your predecessor. If you’re going to include a character who’s attracted to men and women, make them a bit more like Captain Jack Harkness. Make them bold and unapologetic. Make them strong and decisive. Or… just don’t even go there. To be honest, we preferred it when you weren’t even trying to restore ‘the gay agenda’ to Doctor Who. We also preferred it when Amy wasn’t a model and River wasn’t obsessed with the size of her own arse, but we were trying so hard not to complain. Let’s hope the way your female characters have been going is “just a phase”, eh?