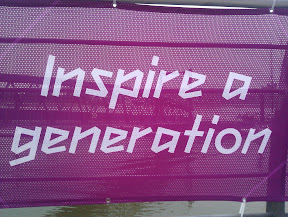 This week, we learnt many lessons. We learnt that many people are still, in 2012, incredibly sexist towards sportswomen. We found out that some of those are spouting their nonsense on Twitter and some are, surprisingly, writing for national newspapers. We also discovered that the women who are attacked can be incredibly resilient and inspiring, no matter what age they are. Via a retweet of an article on Think Progress, I discovered the wonderful Zoe Smith. At a mere 18-years-old, and competing in the Olympics for experience rather than as a medal contender, Smith was part of a recent documentary on BBC3 about female weightlifters which resulted in a surprising amount of noise on Twitter about her “manly” muscles. Mostly from men who clearly thought this was something that girls just shouldn’t be doing. Smith, amazingly, took to her blog to respond:

“What makes them think that we even WANT them to find us attractive? If you do, thanks very much, we’re flattered. But if you don’t, why do you really need to voice this opinion in the first place, and what makes you think we actually give a toss that you, personally, do not find us attractive? […] This may be shocking to you, but we actually would rather be attractive to people who aren’t closed-minded and ignorant. Crazy, eh?! We, as any women with an ounce of self-confidence would, prefer our men to be confident enough in themselves to not feel emasculated by the fact that we aren’t weak and feeble.”

What a wonderful response! Such confidence and defiance. She is doing something she loves and doesn’t care what other people think of her… especially when the subject of their criticism is completely irrelevant. Why should any of us care whether or not strangers find us attractive? Why should anything other than our own opinion matter? I hope that Zoe Smith’s words will inspire many young women to focus on what’s important and shrug off that sort of pointless nastiness. I bet those sorts of idiots reckon male gymnasts are “girly” too. I know who I’d put my money on in a fight!