Feminism Friday: What feminism means to me 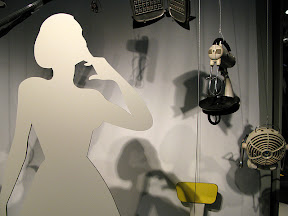 It took me a while before I realised I was a feminist. In my mid-20s I discovered a new website called The F-Word and realised that I felt the same way as its writers did. I felt that women often got a rough deal in many aspects of their lives and clearly it wasn’t just me being a whiny little bitch, complaining about being hard done by, because others felt the same way. Perhaps I wasn’t imagining it after all. It wasn’t just the big stuff that bugged me – like the fact that, on average, women still earn considerably less than men – but also little things like female celebrities always having to be ‘sexy’ in photographs while their male counterparts get to be funny, interesting, business-like, intriguing, intelligent and fully clothed. Don’t even get me started on the pressure women have to stay looking young and slim. I can’t quite explain how happy it made me feel recently to see a poster on the Tube featuring a beautiful photo of Helen Mirren, wrinkles and all.

It’s not just how society behaves as a whole, either. Individual men and women can be spectacularly misogynist without even realising it. In her book How to be a Woman, Caitlin Moran suggests a handy test for working out if you are being faced with sexism, or simply just someone being rude: Would they say/do that if you were male? Basically, would this happen to a man? If the answer is no, then you’re facing sexist bullshit. Men may be surprised to hear that this happens quite often to most women. In fact, some women might be surprised to hear that it happens. They’ve been brought up in a world where we’re told that this stuff is OK, so they just shrug it off to the point where they don’t even realise it’s bad any more. Well, guess what? It is definitely not OK. All the little comments that we are told are just ‘harmless fun’ and we apparently ‘have no sense of humour’ if we don’t laugh along… imagine life without that. Nicer, huh? 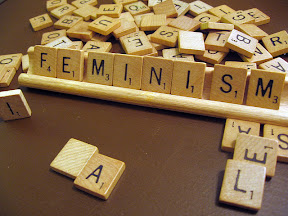 Being judged solely on your appearance, having work contacts assume you’re not the boss because of your gender, extremely low rape conviction rates, the erosion of women’s reproductive rights, kid’s toys being segregated by gender, casual sexism making a comeback, women taking their husband’s name without even thinking about it, pink gadgets for girls, porn culture being normalised… all this stuff is just as damaging to men as it is to women. As a society, we’re all just sucking it up and questioning nothing. Men are conditioned to believe they should be active and aggressive – just as women should be passive and meek – and so any supposed ‘weakness’ is seen as an un-masculine flaw. Men are entitled to very little paternity leave and so they can rarely afford to become the primary care-giver for their new baby, even if they want to be. How is all this gender-based nonsense good for anyone?

You don’t have to look a certain way to be a feminist. It doesn’t matter what clothes you wear, how much hair you have or what variety of genitals you possess. You don’t have to hate men, or porn, or cosmetics. You can be a stay-at-home parent who enjoys baking and still be a feminist. You just have to point out the bullshit and believe in a better world. To be honest, you don’t even have to like the word feminist! It’s just better if we all huddle together for warmth, support and getting our voices heard. Feminism to me means questioning things and, hopefully, making other people stop and think. Even though my feminism may be of the armchair variety, every movement needs talkers as well as do-ers so I’m just as welcome as anyone.

Do you consider yourself to be a feminist? If so, what does it mean to you? If not, why not? Do share your stories in the comments section as I’d be very interested to hear them.