The Alternative A-to-Z of Sex: Orientation 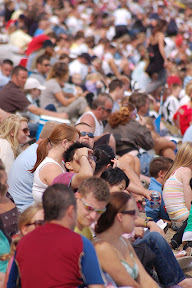 Yesterday, I got a bit stuck with my A-to-Z of Sex. I tried to think about what to use for O, but the only words I could think of were the extremely obvious Oral and Orgasm. Either of those would be at home in an A-to-Z in any mainstream magazine – I really had to think of something better, but my brain was failing me. So I did what I always do in these situations, and I asked my followers on Twitter.

Sexual orientation can be a very defining thing, but it can also be unintentionally rather limiting. Many people work out who they are attracted to and then try to find a label they like which fits. Even though labels can be used by others to narrow-mindedly put people into boxes, they are also a handy shortcut to explain something to people which might otherwise require far more words. If you’re always attracted to people of a different gender to you, then the label heterosexual (or straight) might be for you. If you’re always attracted to people of the same gender as you, then homosexual (gay or lesbian) can provide a quick and decent explanation. In between the two? How about bisexual? There are many more labels that have been developed by people who feel that these three do not adequately describe their own orientation – e.g. queer, pansexual, heteroflexible, homoflexible – and many arguments regarding the precise definition of each, including bisexual.

The thing we need to remember is that many people’s orientation is fluid, so putting them in a box and leaving them there is probably not going to work. Knowing who you are and who you’re attracted to is the most important thing but, depending on which circles you move in, do be prepared to explain yourself once in a while. Just try not to get angry with people who don’t understand, or who don’t conform to your own ideas. After all… everyone’s different. Would you really want to live in a world where everyone was the same?