As the break in season six of ‘New Who’ drew to a close back in August, in my excitement at the return of the Doctor, I wrote a guest post for Bad Reputation on why I thought that Doctor Who is a feminist show. I rattled on about the programme’s best strong female characters – Sarah-Jane Smith, Ace, Amy Pond and River Song – mentioned that the show didn’t conform to the usual gender stereotypes, and reminded everyone that the Doctor didn’t actually have to take a human male form. During the episodes which followed, it’s almost as if the show’s writers were determined to prove me wrong. 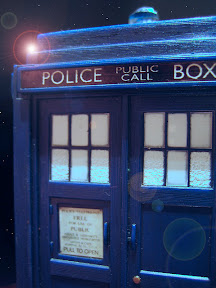 In the first episode back, River Song spouted some terrible lines that insinuated she was somewhat obsessed with losing weight and going shopping. Although this was probably designed to illustrate that, at that point in time, the character was considerably younger than the River we’ve all grown to love, I’m sure the writers could have illustrated this in some other way. A way that better fitted the ‘before’ and ‘after’ that we’d already been shown. In addition, Amy Pond looked like she was really going places, and was being developed really interestingly as a character, until she got left on earth for a bit and seemed to forget all the fantastic stuff she’s capable of doing. Sarah Ditum blogged yesterday about her disappointment in Amy Pond going from Space Samurai to Supermodel within a couple of episodes. OK, so it wasn’t the same Amy as the one who’d spent 36 years alone waiting for the Doctor and Rory to return, but to do that with a character – to make her able to build her own sonic screwdriver one minute, and then be advertising perfume the next – what does that say about women? That we’re really only worth something if we look gorgeous? I do hope that they’re going somewhere rather spectacular with this Petrichor perfume ad. I’m hoping Moffat has a plan.

[And yes, the title of this post is purely so that I can justify a little Timelords action.]