Last summer I helped found an international gay book prize in my lunch hour. My Mum had a right go at me for it. The Green Carnation Prize for modern writing by gay men had a fantastic shortlist, if I do say so myself. Three debut novelists and two established writers – ranging from 1950s love stories to psychogeographic sexual histories, via evangelical Christian Dads in Florida and comics-loving kids in South London, to the tale of a dark fascination with skinheads. We packed out Bloomsbury’s fabulous Gay’s The Word bookshop, and our winner was a gorgeous memoir by Christopher Fowler.

My Mum – a teacher, and passionate book-lover all her life – was pleased with all that. “But where are the women?” she said. “Isn’t that sexist? Doesn’t it devalue the whole thing?” Much as I haven’t argued with her much since I was a teenager, I told her I disagreed. The prize, I said, would counteract things like the Booker, so monolithic and unspecific. We wanted a shortlist that said something – and anyway, why should gay women be in the same box as the men? Who said they wanted to be? Isn’t there too much homogeneity in the world already? We agreed to disagree – but it was just like when I was seventeen. I knew, deep down, my Mum had a point. 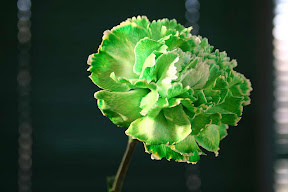 The Green Carnation’s bias started early. The day the Man Booker shortlist was due, the writer Paul Magrs tweeted, ‘Shouldn’t there be a literary prize for gay male fiction called the Man Fooker?’ It was a gag, but it hit a nerve. Why wasn’t there a literary prize for gay writers? Book blogger extraordinaire Simon Savidge felt there ought to be. In hours the Man Fooker had suggestions, guidelines and judges (Magrs, Savidge, crime novelist Lesley Cookman and Katy Manning, star of stage and screen). In days Simon had a website up, press releases sent, and people talking and even arguing. All I did was say, Yes, I’ll read a mountain of books in two months – in fact the whole mad enterprise showed how social networking can make good stuff happen out of nowhere. No money required, just a good idea and some dedication. It was exciting, the power of Yes, why not?

The name was a sticking point. Much as we liked how that Fooker was scaring the horses, we decided we should be above that. Reviving a bit of Victorian code (signifying ‘I’m a gentleman’s gentleman and like a bit of relish on my cracker’) The Green Carnation Prize was born, celebrating great writing by gay blokes everywhere. This year is different. The spirit of the Prize remains the same – where the ‘serious’ prizes deliberately exclude genre writing and ‘lighter’ fiction, we include them. We want to show off the diversity of queer writing. But this year, queer writing won’t mean men alone: we’re welcoming submissions from lesbian, gay, bisexual and transgender writers. Still months from our submissions deadline, we’ve had some brilliant literary fiction submitted, some amazing memoirs – even a small volume of smut. But we need more of the fantastical. The criminal. The romantic. Doesn’t everyone? 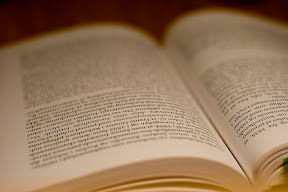 Who are the current great gay writers of mystery, sf and fantasy? We’ve all had good times with them in the past, whether it was Joanna Russ’ universe-spanning satire or Geoff Ryman’s Opera-singing polar bear; Mabel Maney’s adventures of Jane Bond or Bryant & May’s by Christopher Fowler. Or the work of our judges – Paul Magrs’ steampunk adventures of Brenda the Bride of Frankenstein; Stella Duffy’s unputdownable Theodora (subtitle: ‘Actress. Empress. Whore.’). There is a power in queering the fantastic. This month, a Turkish publisher was indicted for their translation of The Soft Machine, a William Burroughs novel from 1961 so bizarre it’s hard to say what’s happening even as you read it: junkies glowing blue and metamorphing into giant scorpions being the least of it.

Readers of Rarely Wears Lipstick, we need your recommendations. We’ve got heaps to read before our longlisting – but doesn’t everyone have too much on their To Read pile? And aren’t we still pleased when a friend says, confidingly: Read this. You’ll love it.

Get in touch. Tell your friends. Ask your Mums.

This post was written by a RWL Guest Blogger – Nick Campbell reads a lot of interesting books, which he blogs about over at a pile of leaves. Images via FadderUri and apoxapox‘s Flickr photostreams.