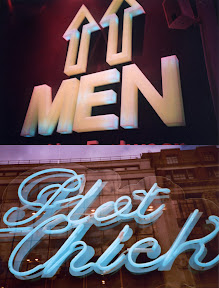 A while ago, I found a fascinating Twitter user called Bi Visibility who says that, “Twitter is full of both misunderstanding and celebration of bisexuality. I share both”. Up until this point, I had never really revealed or discussed my orientation with anyone other than those who would understand, or at least not judge me, so I was astonished to discover just what sorts of things go through some people’s heads when confronted with the mere notion that someone is attracted to men and women. Most of these people seem to think that it’s a passing trend, request that we pick a side, suggest that we are greedy or, in the case of bisexual men, claim that there is actually no such thing. On the off-chance that anyone finds this post whilst searching for further information about just how bad it is to be bi, may I suggest that you read The Bisexual Index’s FAQ page before you make up your mind? It won’t take long and you might just learn something new.

Leaving aside the sort of relationships I choose to have, being bisexual does not mean that a person will always be unfaithful and just want everyone all the time. That’s a silly idea. It is possible to like more than one person/thing at a time you know. If you’re an omnivore, how would you react to someone suggesting that you can’t eat meat and vegetables because you have to pick a side? If you’re a parent, would you like it if someone told you that you can’t love all of your children because that’s greedy and you need to choose one? Yes, that’s dumb. Yes, that’s childish… but so are these people! Like the lovely illbefrancoise says, “THEY are the ones that need to decide… on getting a life instead of commenting on other people’s.” Indeed.