Earlier today, I read an interesting article in the Guardian by Ellie Levenson, author of The Noughtie Girl’s Guide to Feminism, where she states that:

The feminism I believe in has at its core two beliefs: equality and choice. It demands that women have equal access to work opportunities, money and property, and that they are judged on behaviour – sexual or otherwise – by the same standards as men; and it demands choice over the many day-to-day decisions in our lives. What it doesn’t do is tell you what choice you must make. 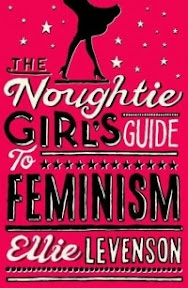 I agree with much of what she says in this article, written to defend criticism directed at her for ‘diluting’ feminism, and so posted a link to this article on Twitter. It wasn’t long before I had a response, from almost witty: “The feminist debate, huh? Even in feminism, women are trying to tell other women what to do, think, look and feel. ;)” I was a little taken aback by this at first, as Levenson wasn’t attacking, but then I started to realise the full truth… this is what feminism has become. Well, I say become but it’s actually been like this for years and I’ve just been hiding from the truth. The activists think that you can’t be a feminist without being radical and those who, like me, are interested in the issues affecting women’s lives and who long for a more balanced society (not one without men, incidentally) are then left being attacked by the very women they are defending to others on a daily basis.

This afternoon I read another older article, courtesy of a link on Twitter, on a website charmingly entitled I Blame the Patriarchy where the author sarcastically picks apart the idea of feminism that Levenson puts forward.

Scratch a “new” feminist, and you’ll find an empowerful girl whose lipstickin’, shoe-buyin’ ideology springs fully-formed from her immaculate, politically-neutral, sexyfun, patriarchy-free choice-lobes. Her “choices” are her very own brilliant ideas. Her behavior proceeds from her own empowerful personal desires. Her rights, including the right not to call herself a feminist because it’s too embarrasing, revolve chiefly around her right to resemble a male fuckfantasy to whatever degree she “chooses”. The “new” feminist weltanshauung seems a little light on political theory, a little insouciant about the global ramifications of femininity, but you know what? Us old radfem prunes should just respect that and quit being so judgmental already.

The truth is that we need both sorts of feminist. Not everyone who would call themselves political is or wants to be an MP. Not everyone who has a love of sport plays any. But, apparently, to be a feminist you have to be radical and, do you know what? I’m fucking sick of it and I don’t want to play this stupid game of shouting any more. I would say to the ‘real’ feminists that they should perhaps save their anger for people/causes who actually deserve it, rather than other feminists. However, I’m going to take a step back and simply refrain from calling myself a feminist… not because it’s too embarrassing, but because I’ve been told one too many times that I’m not, so I’m actually starting to believe it. Who needs labels anyway?

UPDATE: Just in case you’re wondering… this is an old post and my views on the matter have changed. I now feel strong enough to proudly call myself a feminist and have written many more blog posts on feminism since this was originally written.